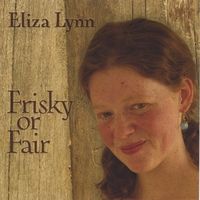 From the recording Frisky or Fair

While working at the YWCA as a fitness assistant (and eventually the Diabetes Wellness Coordinator), I encountered some of the the wisest and most generous human beings.  One of those was a man named Joe, who gave quite a gift to all with his story, told on a treadmill with sparkling eyes.  He is the man speaking and I am the 'she' listening. This song took on new meaning with the last verse and became quite healing for me personally.  I've enjoyed being asked to sing this song in churches, as it is about Jesus.

Verse:
He told her how his life had changed
The willow and the whip.
And how he heard he who came
Upon that Gospel ship say,

Verse:
Who he’d been, a long time ago,
He’d nothing left to lose.
So he gave the Seed of Righteousness
His heart with which to prove, when he heard,

Verse:
You may think you’re terrible,
That there’s no good in you.
But let your self be loved by God,
You’ve been forgiven, too.